Ted’s heart stopped beating in 2019. CPR and an AED saved his life.

For a heart-stopping (pun intended!) 15 minutes, Ted’s wife administered CPR until an AED was used to get his heart pumping again. This whole experience drastically changed his life, and Ted’s made it his mission to make sure the running stores he works with who host run groups have AEDs in their stores. And we’re on board! .

Buy a “For the Love of the Run” shirt and help us raise money towards our goal of placing AEDs in our 5 Gazelle Sports Locations! 100% of the proceeds will go towards placing an AED in each of our stores.

What is an AED? According to the American Red Cross, An AED, or automated external defibrillator, is used to help those experiencing sudden cardiac arrest. It's a sophisticated, yet easy-to-use, medical device that can analyze the heart's rhythm and, if necessary, deliver an electrical shock, or defibrillation, to help the heart re-establish an effective rhythm. 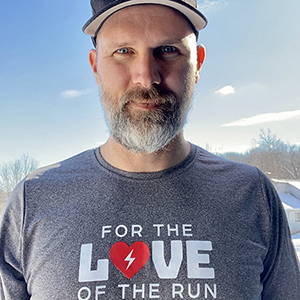 Get your For the Love of the Run Shirt here >>

It was at the tail end of summer when Ted Kushion’s heart stopped.

It was at the tail end of summer when Ted heart stopped. Literally stopped beating. His family had just gotten home after a Labor Day weekend spent up north at Ted’s parents. His two daughters were asleep, no doubt dreaming about what their first day of the new school year the next morning would be like. Ted and his wife, Deb, were unwinding, watching a movie together. None of them knew that something was very wrong with Ted’s heart. None of them knew that his heart would stop beating for over 15 minutes.

Ted was born and raised in Michigan. He grew up in Northern Michigan, just outside of Cadillac. He was born running; it was in his blood. His dad coached track at a local high school, and Ted grew up around competition running. He’d been on the track since he was, quite literally, born. Those formative years led him to decide to walk onto the track team at Grand Valley State University, where he competed in sprints, high jump and javelin. He went on to coach for GVSU, and it was when he was an assistant coach for the Lakers that he found his way to Gazelle Sports. 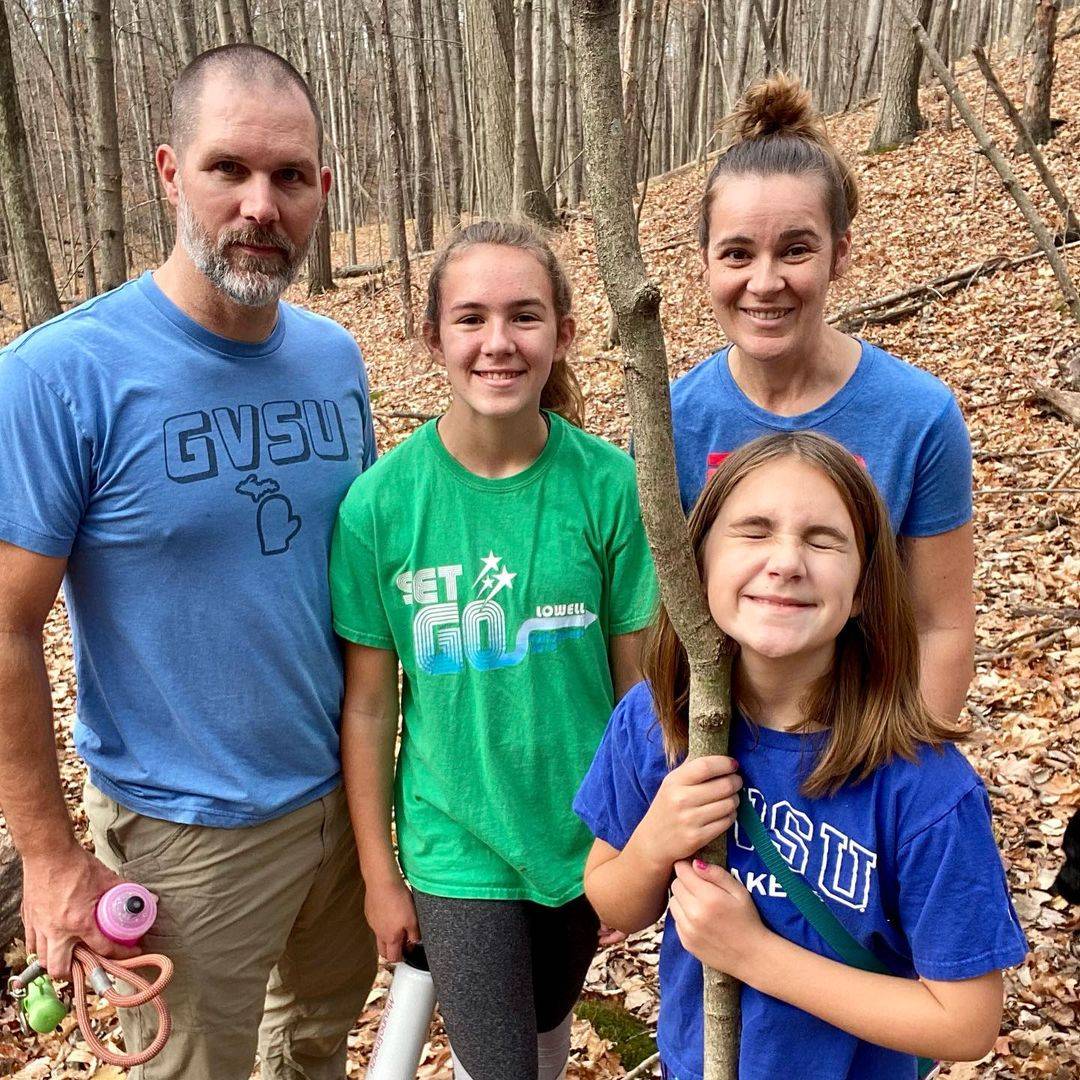 Ted applied on a whim, and the rest, as they say, is history. Ted spent a total of 13 years at Gazelle Sports, first as an assistant manager coordinating all of our staff training, and then as a key shoe buyer, working closely alongside one of our owners, Ken Sung. We’re pretty sure Ted would have stayed with us forever if Mizuno hadn’t come along with a role he couldn’t refuse. Thankfully, we still saw plenty of Ted as he worked as our vendor representative for the brand. It was during his fifth year as our rep when we heard that Ted had suffered a cardiac event.

Now, any of us who know Ted would say he is larger than life, a lifelong runner, and one of the last people you thought you’d hear about having heart issues. Between distance running and mountain biking, he should have had cardiovascular health in the bag. It was unfathomable for all of us to hear that he was in the hospital, that it was touch-and-go, and that we should all be keeping him in our thoughts and prayers.

It must have been pure hell for Deb, Ted’s wife, his high school sweetheart who - no doubt - saved his life by administering CPR until help would arrive with an AED (Automated Electronic Defibrillator) which would zap Ted’s heart back into some semblance of normal rhythm.

“It’s obviously tough for me to think about all this, to tell the story again. But I don’t remember any of the days leading up to that night nor the night itself. Debbie was there. She had to watch me die.”

A little more history about Ted (and Deb): to paraphrase Ted, the two met on a band bus on the way down to a competition in Florida. He was in the “cool” jazz band and she was a freshman oboe player in the concert band. After graduating from high school, the two went on to GVSU, got married, had two daughters together, and Deb, a physical therapist who spent years helping patients with brain injuries, would one day save Ted’s life.

Ted obviously doesn’t remember much about that fateful night. He lost consciousness and it was Deb who realized right away that he didn’t have a pulse. She called 911 and immediately began CPR. For over 15 minutes she worked to save her husband’s life, as their two daughters thankfully remained asleep nearby, until first responders arrived. Using an AED, it took three shocks to get Ted’s heart going again.

“It’s obviously tough for me to think about all this, to tell the story again,” Ted said. “But I don’t remember any of the days leading up to that night nor the night itself. Debbie was there. She had to watch me die.”

They rushed Ted to the hospital, but answers were not immediately forthcoming. He was on a ventilator, a coma was induced, damage was assessed. After three days of being in a medically induced coma, Ted finally regained consciousness. Deb had to have the same conversation with him again and again, explaining what had happened, that he was okay, that the girls were okay. He couldn’t speak since his vocal chords were damaged when he was intubated. He had frontal lobe damage and memory issues. And no one could tell him what caused his heart to stop. From the battery of tests the hospital administered, his heart appeared completely healthy. But it had obviously failed him, and he was told recovery would be a long road, that six months would be an optimistic prognosis for some semblance of normalcy, and he now had a defibrillator implanted in his chest in case another cardiac event struck.

The prognosis: six-months to some semblance of normalcy for the Kushions

“Mizuno was awesome through the whole thing,” Ted said. “They were ready to help every step of the way. Even did CPR training as a team building exercise instead of the usual night out at a Braves game during their annual sales training in Atlanta. But I was feeling good and was absolutely going to beat that 6-month prognosis.”

It took a month and a half for Ted to get back to work. And once he was back in action, he was on a mission. He wanted something positive to come out of his experience. Many of the accounts Ted works with lead running groups that use their stores as a base of operations. And he wants to make sure that each of those stores have an AED in case someone else finds themselves in the same situation he was in.

“The AED was what ultimately saved my life,” Ted said. “And running stores don’t generally have the money to put into something like an AED. They’re essentially a luxury for any retail store. But running stores who host runners also have a higher risk. There’s any number of things that can happen. So I want to do what I can to make sure the people and stores that I love and care about have the tools they need to handle any situation.”

Thanks to Ted, we’re using all the proceeds from our For the Love of the Run shirt sales to put towards placing an AED in each of our Gazelle Sports locations. You can get your shirt here! 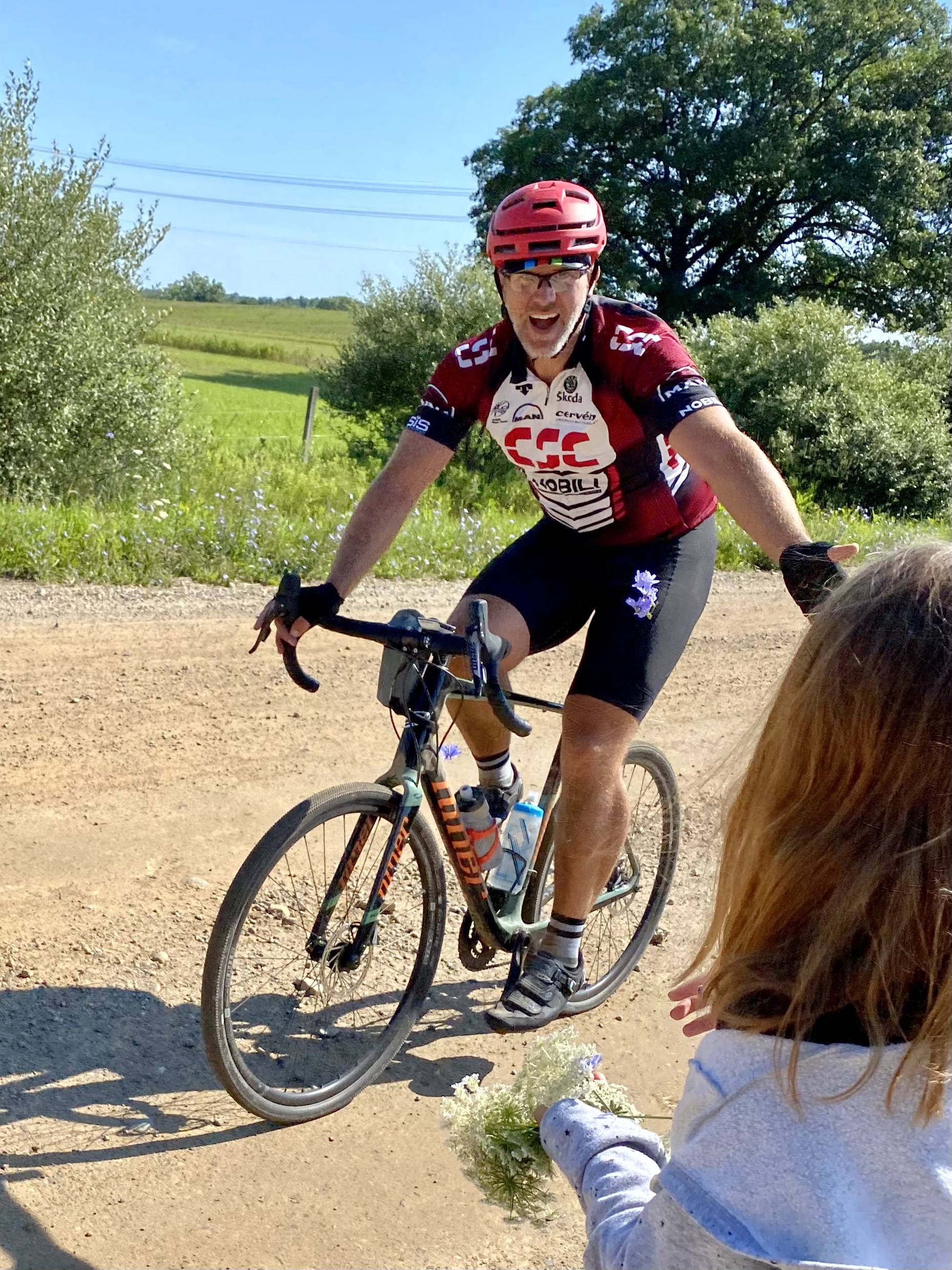 Get your For the Love of the Run shirt today! 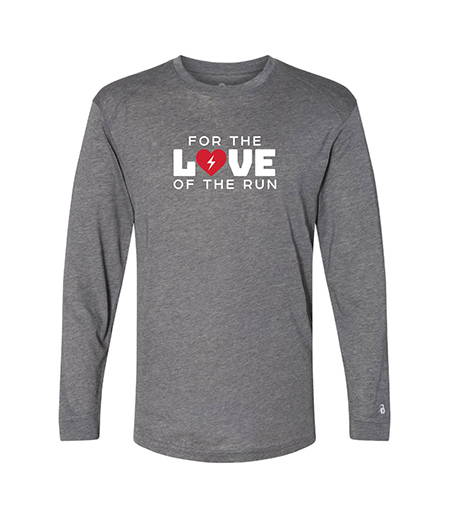