I started running cross country in middle school because my best friend made me do it. She had no idea what she started!

After college I was looking to get more active, and gradually started running on my own. After a few years, I decided to train for a marathon.

At the time, I was living in Milwaukee and I did not train well, wore shoes I bought at Kohls, layered cotton sports bras and cotton shorts on an 80-degree October day. It was a miserable experience and the chaffing had me walking like a duck for a week! But I still finished, and I knew that no matter what, my next race was going to be better.

The next year I trained with a group, bought real running shoes and better gear. I ran a whole hour and 20 minutes faster than my previous PR and I gained confidence in marathon running. 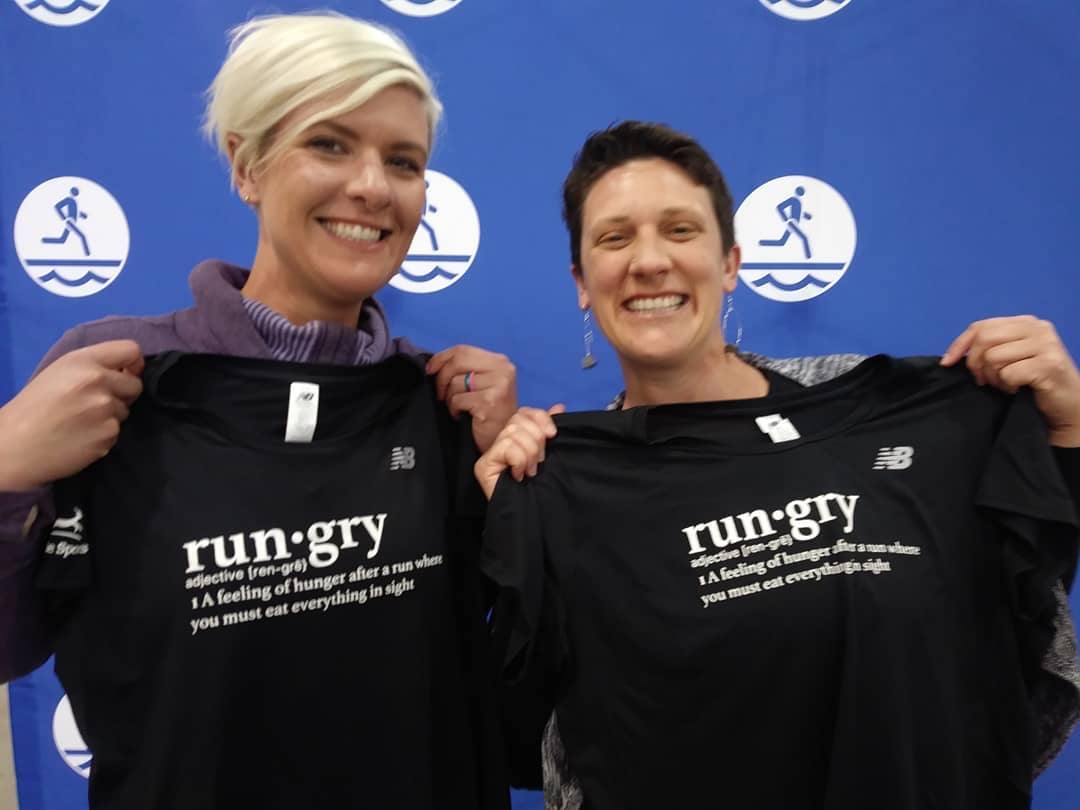 Over the next few years, I moved back to Grand Rapids and did several area marathons (including walking the Grand Rapids Marathon with my mom!) and the 5/3 Riverbank run, then decided to do the first Gazelle Girl Half Marathon.

At the time, I also taught yoga and focused a lot of my teaching on athletes -- how to help especially runners and cyclists stay healthy in order to do the activities they love!

I led a running and yoga group, became a Road Warrior with the 5/3 Riverbank Run and worked with Gazelle Sports on the Gazelle Girl Half Marathon, and many other yoga and running events. The friends I have gained through yoga and running have become some of my closest and best.

After 12 marathons, a handful of half marathons and Riverbank Runs, my husband Mike was diagnosed with cancer in 2014, with a terminal diagnosis shortly following 6 months later.

During the two years he fought cancer, running became my outlet. All my fears, frustrations, anxiety, and stress lessened when I was running. He knew this an encouraged me to run as much as I could. While I did not take the time to train for a marathon because I did not want to spend hours away from him, I did put in hundreds of mile at the cemetery near our house and on the neighborhood parks and streets. My running friends became my support and my sounding boards, and when I wasn't running, he and I would enjoy walks with our dog or at the YMCA to help him stay healthy and active.

When my husband passed away in July 2016, running became very difficult for me. The miles run while I was caring for him weighed on me, and I could barely make my muscles move after he died. Instead, my parents encouraged me to buy a mountain bike the week after he died, and I took up a new hobby to help stay active.

In the months that followed his death, I began to travel and while in India, I took up running again, sure that I would be marathon-ready by May for Bayshore, one of my favorite runs. But the winter slowed me down and I made the choice to drop out of the marathon, though I did participate in the Gazelle Girl Half and the 5/3 Riverbank Run 5K and 10k.

Over the summer in 2017, I started running again to deal with grief and anxiety. I ran every day in June and continued to run throughout the summer and fall. After an ankle injury in October, I took it easy, but recovered enough to hike the Grand Canyon with one of my best running buddies and her husband, as well as the Gazelle Girl Half Marathon, 5/3 Riverbank Run 25K, and return to Bayshore -- this time to the half marathon.

Running has been a huge part of my journey with grief and anxiety. I am proud of all that I have accomplished through running. It prepared me for handling the hardest moments in my life, and has taught me that I am able to continue through any challenge. It has also been one of the best ways to meet and get to know amazing people and friends, as well as experience the outdoors and fresh air! 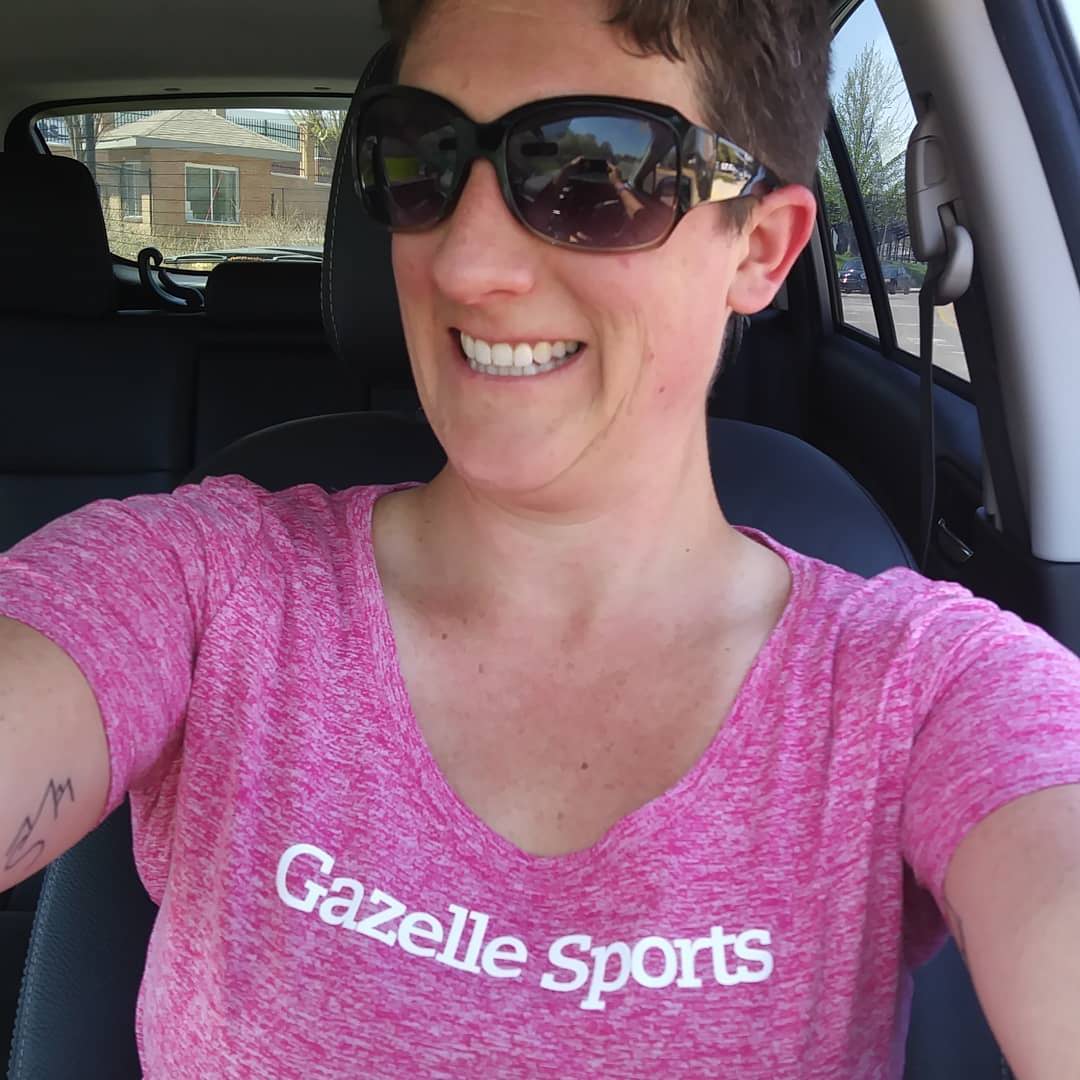 Since my husband's death, I have run, biked, walked, traveled, hiked, taught yoga, practiced yoga, and become a massage therapist. All of this has been a huge part of the healing process. I am so glad that running is again part of my routine and my life, and I look forward to continuing to train and hopefully run another marathon in Fall 2018 or Spring 2019.

Over the years, Gazelle Sports has been a huge part of my running and yoga experience and I am so excited to be a Gazelle Activator and help other to get moving through running, yoga and more! 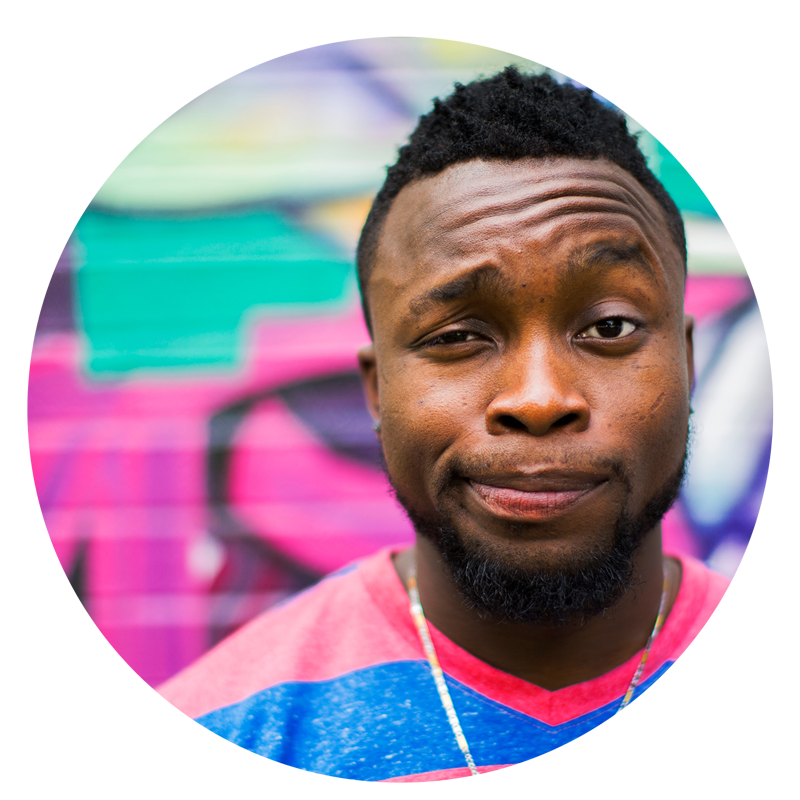