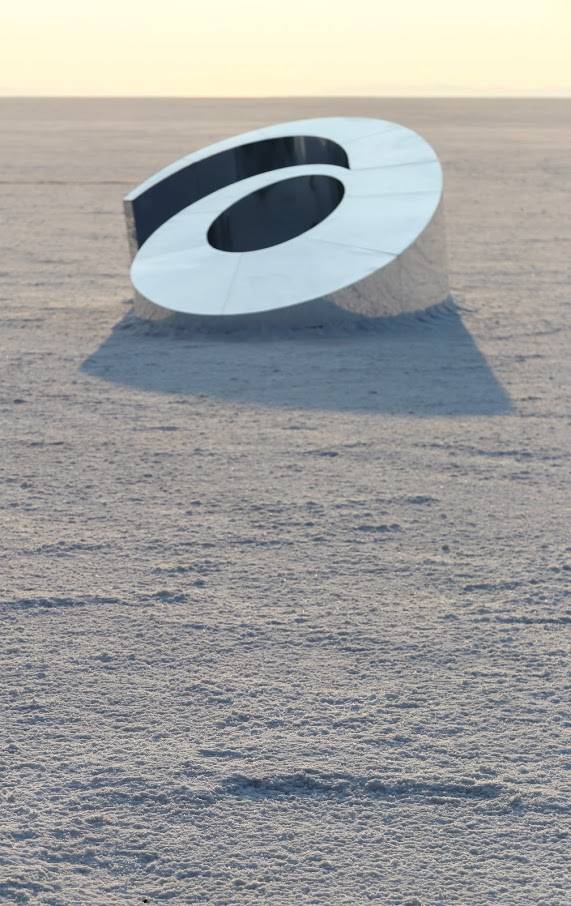 One of the many perks of my job are the amazing shoe brands I get to meet along the way. Not sure if you saw my post from this past December where I got to hangout with New Balance in Boston - click that link if you missed it!

Recently, I had the incredible opportunity to head to Salt Lake City to check out the global launch of a new Asics shoes: the #GlideRide and what an epic experience it was.

It was a very quick, but very memorable 48 hours in Utah.

I headed into Utah around 10:30 am and checked into my hotel and rested until lunch at 1:30 pm with the rest of the Run Specialty Group. There were four different stores who were invited on this trip and I was so honored to represent Gazelle Sports.

I’ll fast forward through Friday because Saturday was the most epic experience but to sum up Friday: mexican food, margaritas, drinks, styling room (hello new shoes and a whole new outfit from Asics!), and a welcome dinner with a majority of the Asics team. 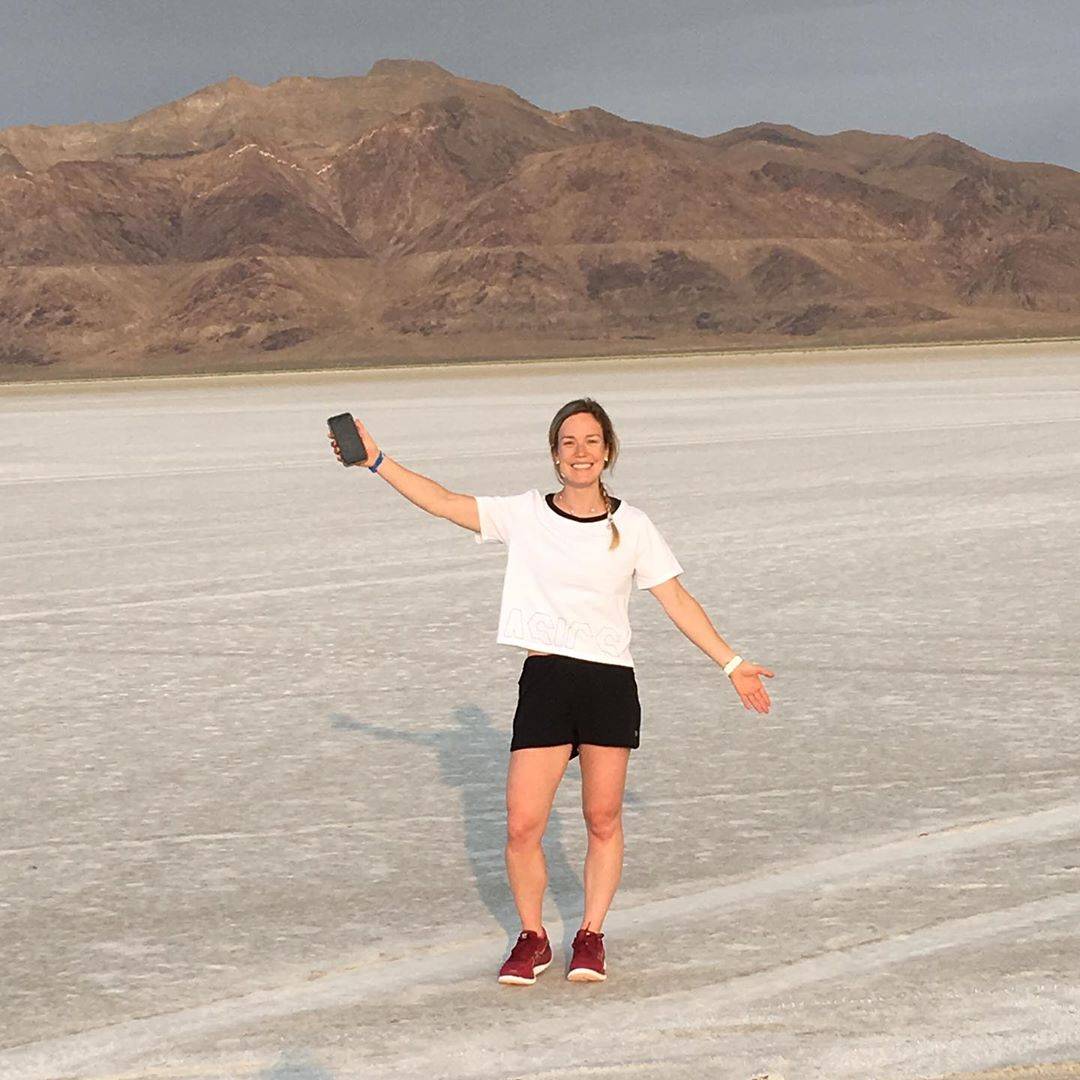 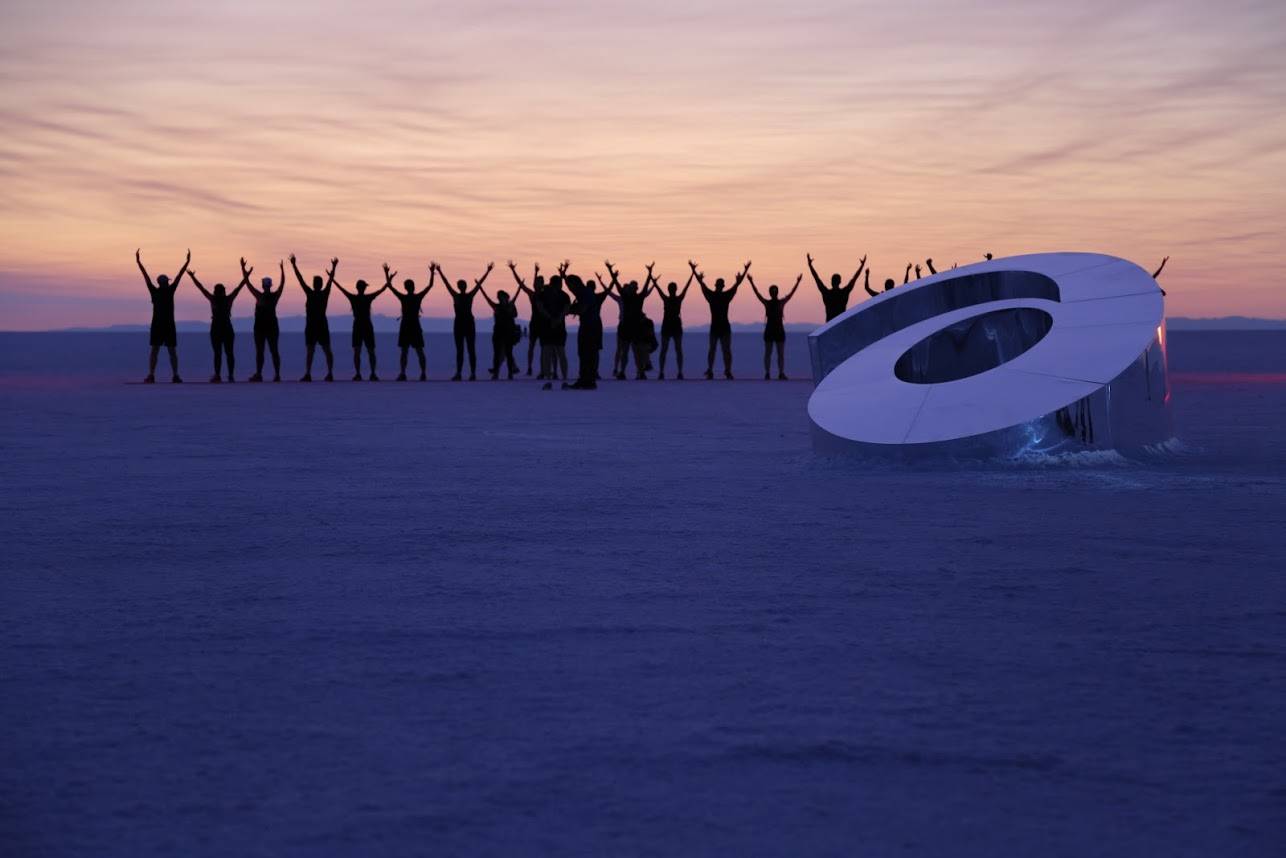 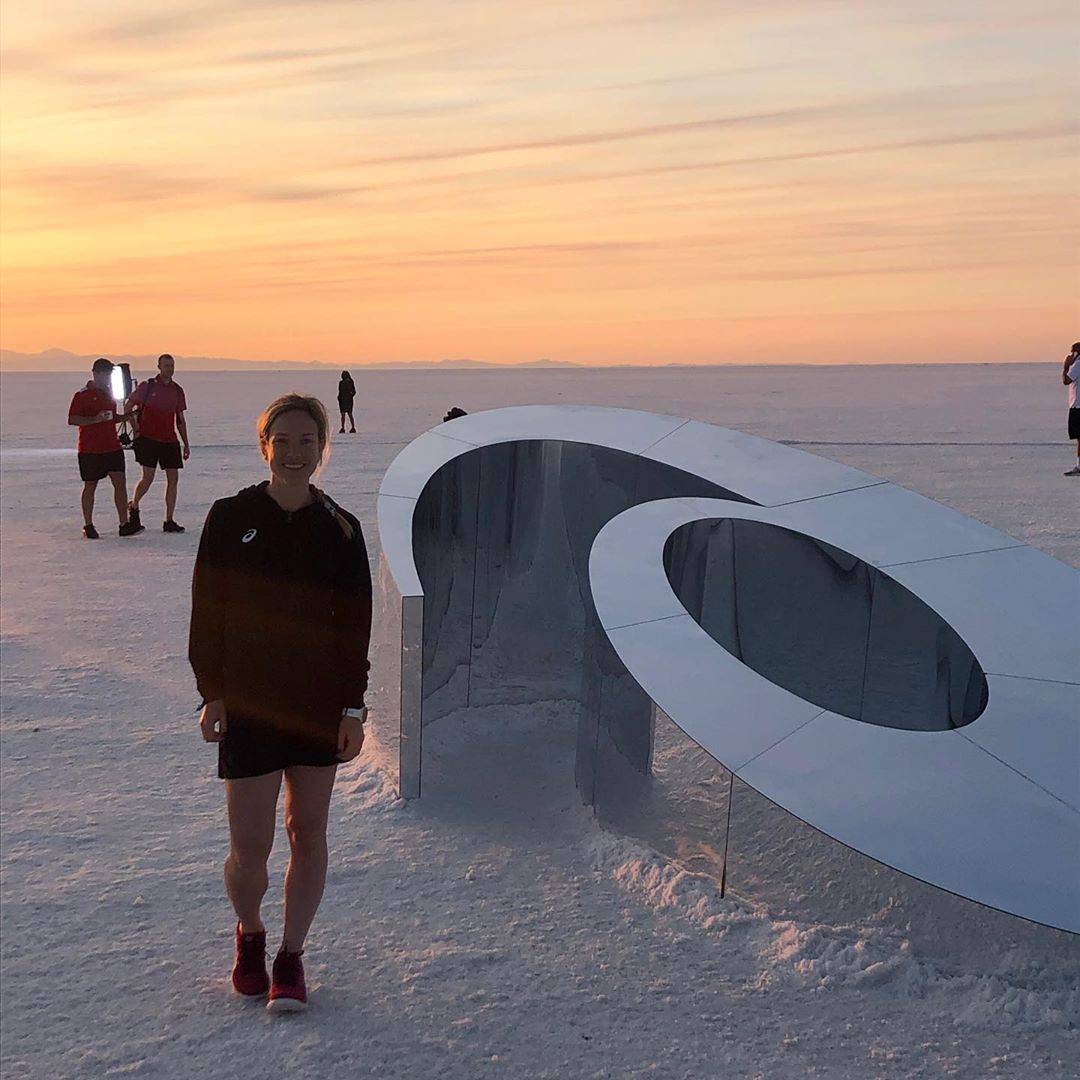 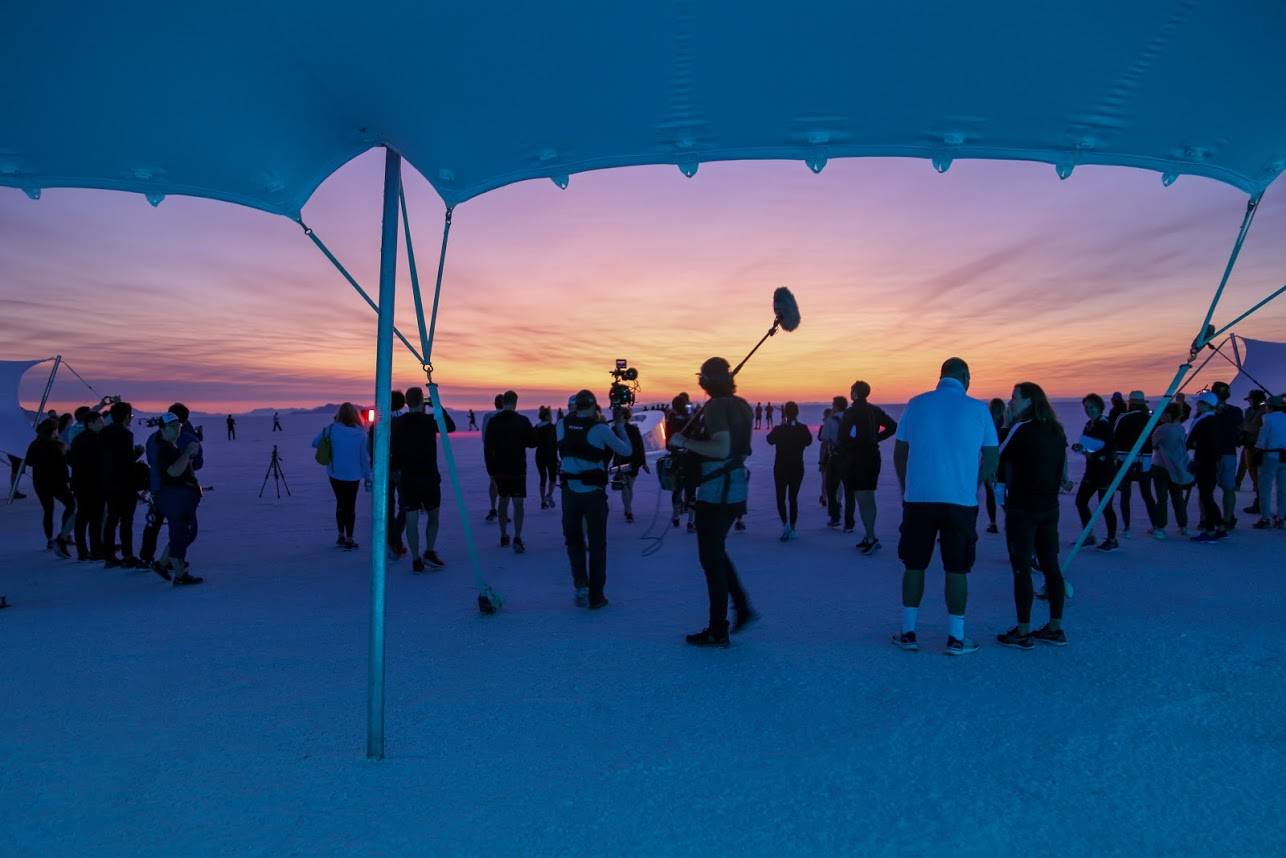 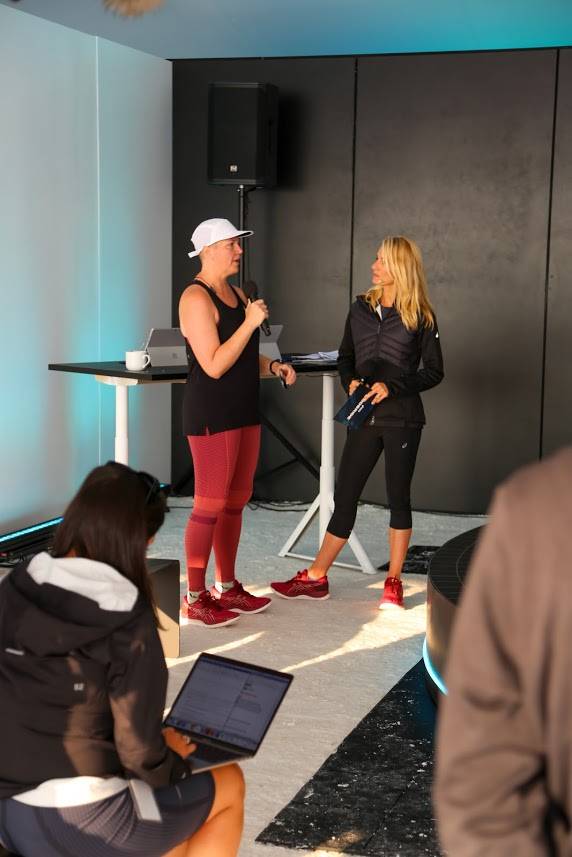 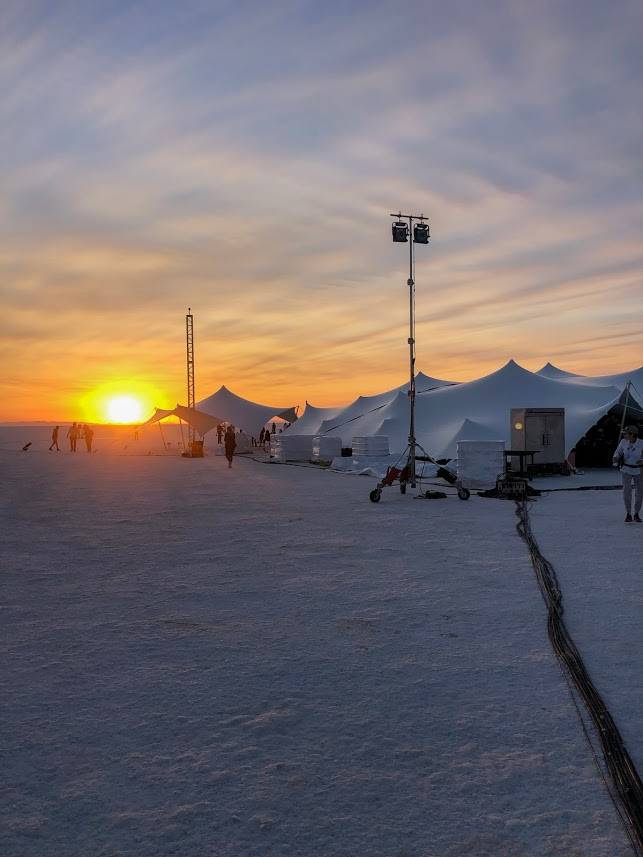 Loaded up and we headed out to the Salt Flats and arrived at 5:30 am and it was cold and none of us had any idea what to expect. We were in the middle of Salt Flats with a few white tents and I’ll be honest, it felt like we were in the Hunger Games. The music. The technology. The anticipation. All of it was soooo cool. And the food: can’t forget about that. #breakfastbar

As the minutes passed, the sun started to rise and what an amazing experience that was. Seeing the mountains begin to appear, the way the sun hit the Salt Flats. I couldn’t stop taking photos of literally the same view. More epic with each take.

Then 6:30am hit. And the runners began their marks. Over 20+ runners from all over the world (literally) were about to embark on the “Eternal Run.” All while testing out the new GlideRide shoe. This was a run where there was no finish line. No racing. No winner. You just continue to run until you can’t anymore. All runners had a baseline pace. When you went over your pace more than three times, a car would come pick you up and take you back.

Some runners were out for an hour, others kept running long after we left at 11:00 am (they started at 6:30am!) 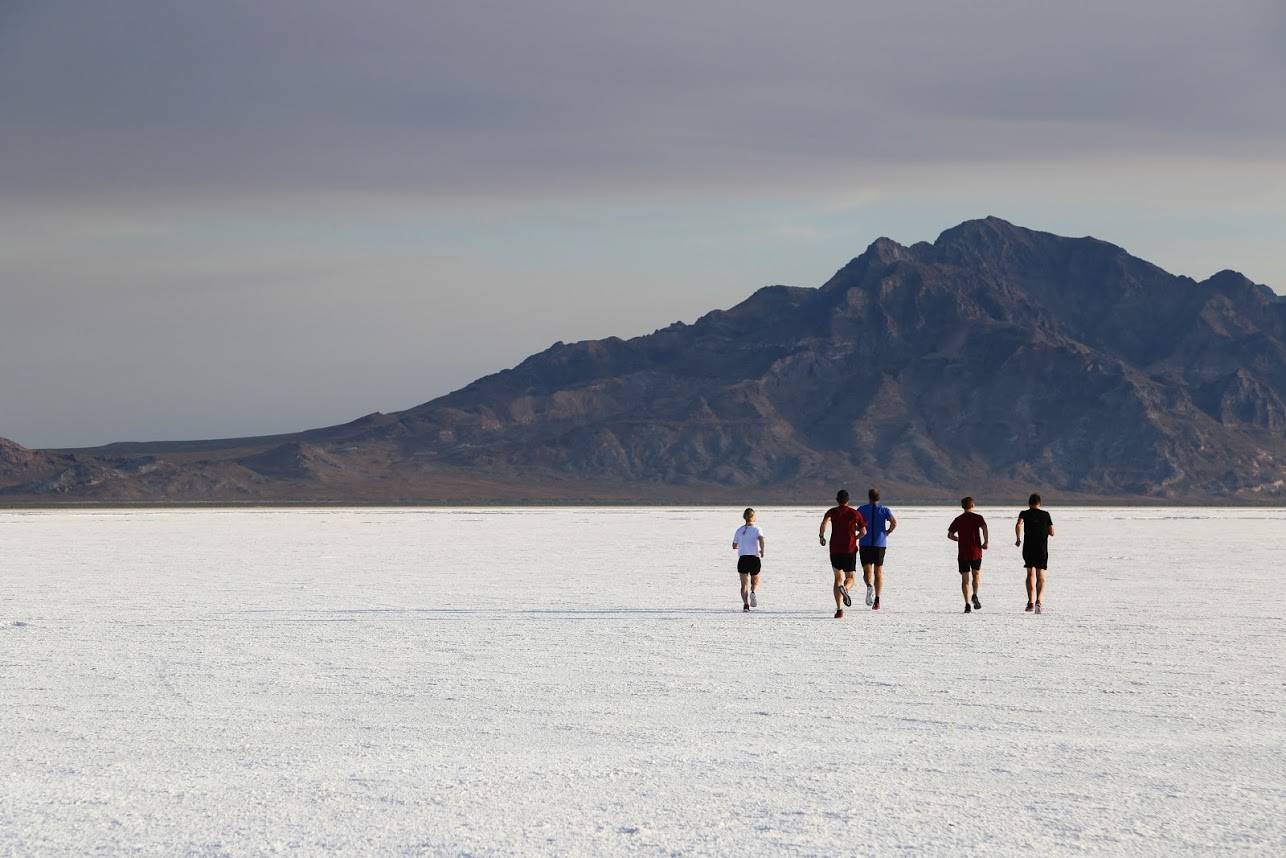 While the runners were out there doing their thing, to keep ourselves busy, a few us of decided to go for a quick jog to the "nearest" mountain. I say "nearest" because we thought it was only a 2 mile run to the mountain, only to get well in to mile 3.50 and still nowhere near the mountain. The deception of the salt flats is CRAZY.

We finally decided to turn around and head back, logging in over 6 miles. You know, just a quick four mile run. *eye roll*

After we FINALLY made it back to Basecamp, I decided to test out the Running Analyzer created by the Asics Institute of Sport Science. Ideally, the team put runners through an analysis that measured one key thing: ankle joint angle change. The purpose of the new GlideRide was to reduce the ankle joint angle change to improve energy return.

The team first had you put on a different pair of Asics shoes. I put on the Gel Nimbus and ran for 1 minute on the treadmill. My ankle joint angle change was 45 degrees.

Afterward, I placed on the GlideRide to test out the improvement of my angle and ran for another minute on the treadmill. Unfortunately, my angle change remained the same (awkward) but everyone else that took the test seemed to drastically decrease. (Which was a good thing!)

It was very cool to watch the screen analyze your run and have the results pop up! 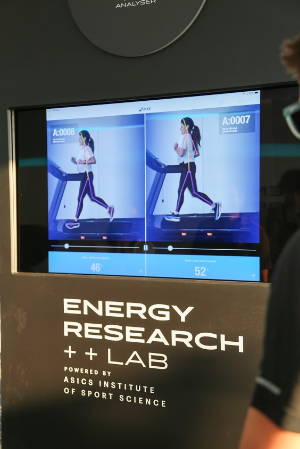 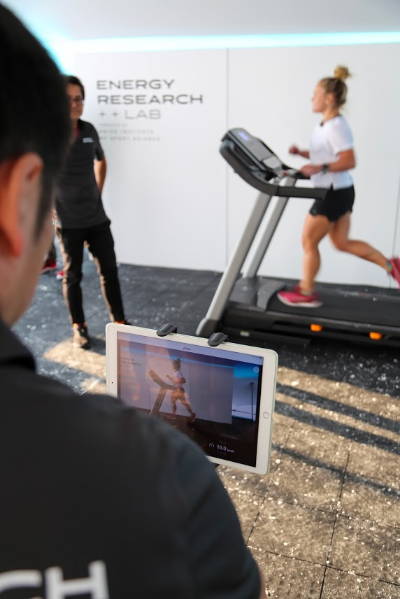 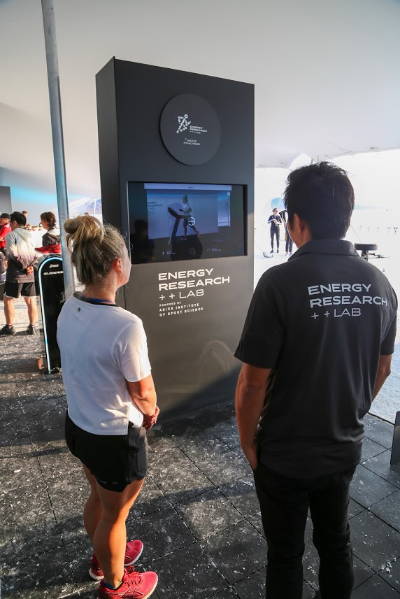 *I didn't grab any photos of me testing out the Running Analyzer, but this is Becky from Running Warehouse! Another Run Specialty participant.

After the Running Analyzer and lunch, we hopped back on the bus around 11:00am and headed back to the hotel to unwind. We all were pretty tired, and relaxed until cocktail hour at 6:00 pm, followed by dinner with the rest of the Run Specialty Group.

The day was long, but it went by so quickly and truly was a great experience.

I headed home the next day early in the morning and couldn't help but smile at the amazing experience I had, and have Asics to thank. I know every time I slip on my GlideRides with the salt still stuck to the shoe, it will bring back the amazing memories I was able to experience.